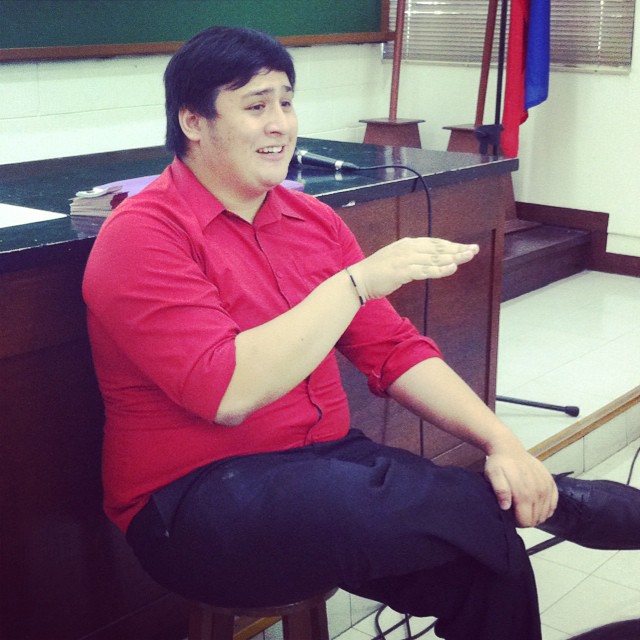 When I first heard the name Scott Sherman it was said with such hype, such gusto, such reverence that I felt bad that I had absolutely no idea who he was. So I kept quiet and smiled while my friends talked about his long list of achievements. For me the achievements didn’t mean much, I wanted to meet the man and see if he was worth his salt.

So I went and RSVP’d the event. While going up to the venue I accidently bumped into Scott with my boss Clarissa. My first thoughts? I freaked out. Here I was in business casual and the guy was in a full suit. I thought I did something wrong in front of my boss! When we arrived at the venue I was appalled to see my coworkers in jeans and t-shirts! DID NO ONE READ THE EMAIL! But as luck would have it Scott was not a finicky person. He calmly took off his coat, rolled up his sleeves and introduced himself. He said something along the lines of “Hi, I’m Scott Sherman. I’m a really smiley guy!” –and that’s when I was hooked to his event. I became invested in what he had to say because I felt his sincerity.

Scott then shared with us his life story: how from one of the best high schools in America he went to UC Berkeley to have his life almost taken by some gang members. That event helped him rise above all the tragedies in his life and make the best out of any situation. To be honest, I was astonished at this man’s integrity. Afterwards he made us go through a number of really awesome exercises. First, we listed down what education was about when we were kids. A lot of the groups shared the same sentiments. Then, we learned how to become good friends with complete strangers as we were asked to discuss questions that slowly peeled away the layers of our personal walls and gaze into each other’s vulnerabilities. The Win-Win situation was probably one of the ones that I had a hard time with. I’ve been taught all my life that there are winners and losers and I triggered his activity traps like there was no tomorrow. Sure I helped my team win by bringing more people across the line and taking the most balls and put them in a cup. Did I feel the adrenaline rush of winning? Sure. But at the end of the day was I satisfied with my work…well maybe not as much as if we all worked together to get a real win win situation going. Either way I felt like we were doing just one huge improv act all together, and did it feel great!

What really shook me to the core though was the how he presented luck. He shared a story of a man who just would not take no for an answer from anybody and how he had achieved an unbelievable goal of meeting Nelson Mandela. He taught how luck was based on an individual’s perspective, and that it was up to the individual to reconnect and to work hard to really increase their luck. When I got home actually I emailed a few of my old friends and within 30 minutes I got an email back for someone willing to help sponsor my class’s Christmas party. Insta-Presto-Chango! Scott was a great lecturer and I would love to see him again.